Vranov nad Dyjí is a market town in the Czech Republic with 888 inhabitants. It lies on the Dyje (Thaya) river in the South Moravia Region 3 km north of the Austrian border close to Hardegg and 22 km from the historical city of Znojmo.

Vranov nad Dyjí Chateau, situated on the southern border of the Czech state about 110 km from Vienna, is one of the most remarkable secular buildings of the Central European Baroque. It emerged from a conversion of a castle of the provincial nobility combining Roman and Gothic features, with the first written account dating back to the year 1100.

The chateau was given its present appearance by the counts of Althann in 1665, after a devastating fire. In the late 17th century the Althanns, to the design of renowned court architect Johann Bernhard Fischer of Erlach, first built and decorated the impressive Hall of Ancestors that dominates the rugged landscape and magnifies its characteristic visual amenity. Subsequently they built the chateau chapel of the Holy Trinity as an ideological counterbalance. They topped the conversion in the 18th century by adding the residential buildings of the court of honour.

After the Althanns the chateau went to the Polish Mniszek family that brought the renowned Vranov earthenware factory to prosperity. A related family, Stadnicky, held the castle until the beginning of World War II. Today, as a national cultural heritage situated in the western part of the Podyjí National Park, it is in the state’s custody. 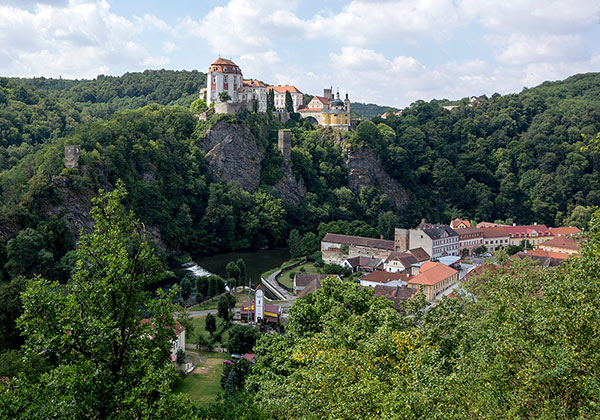 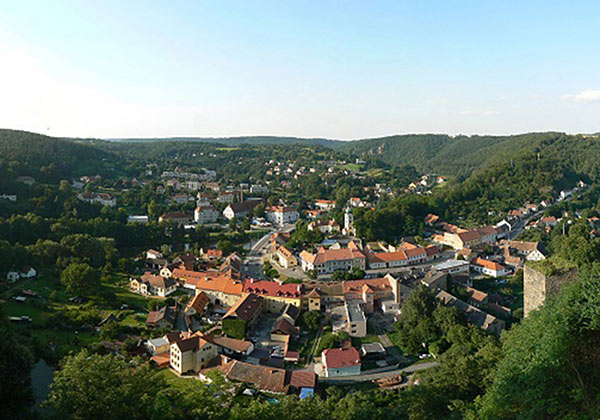 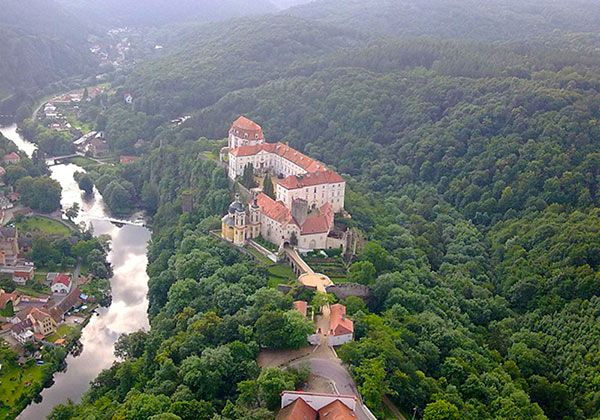 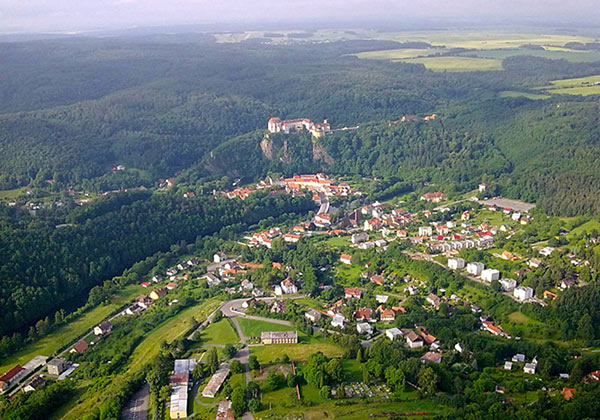 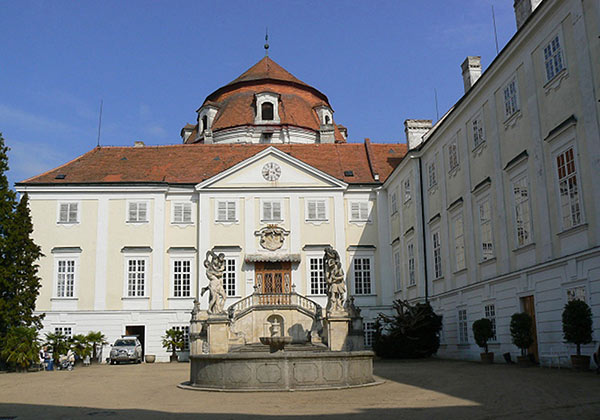 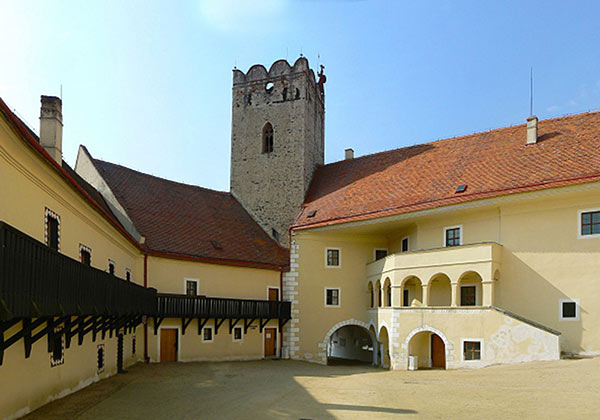 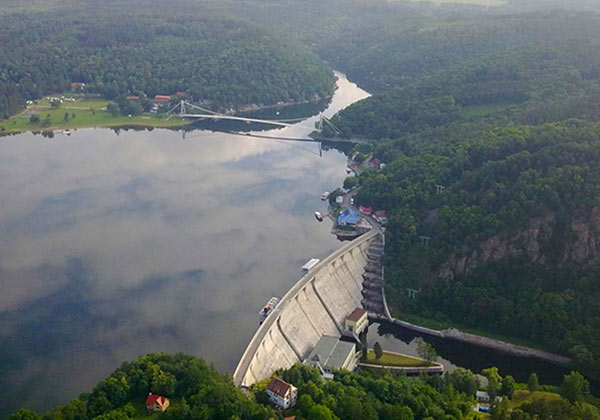 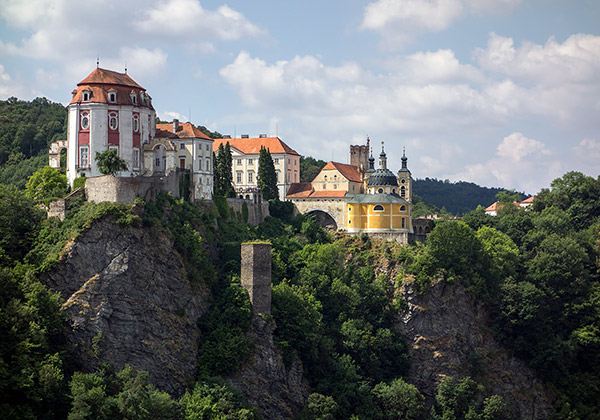 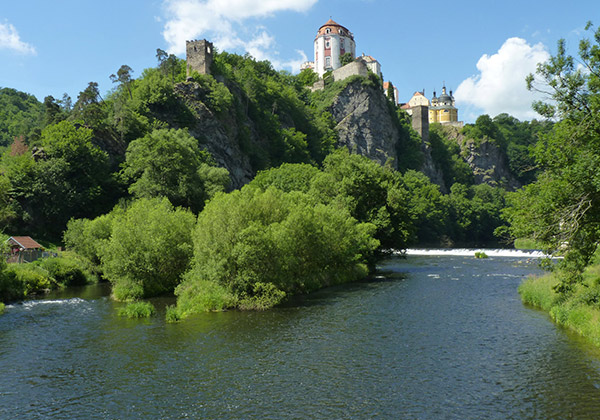 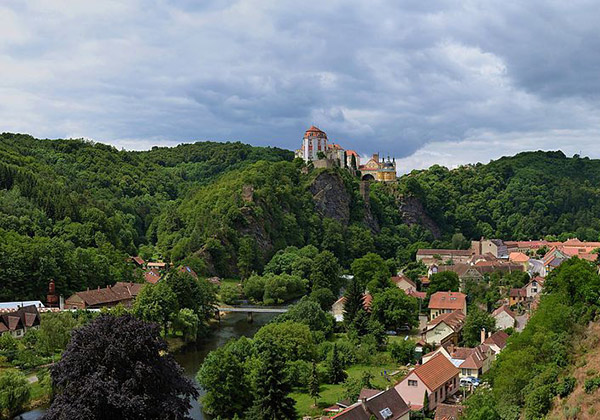 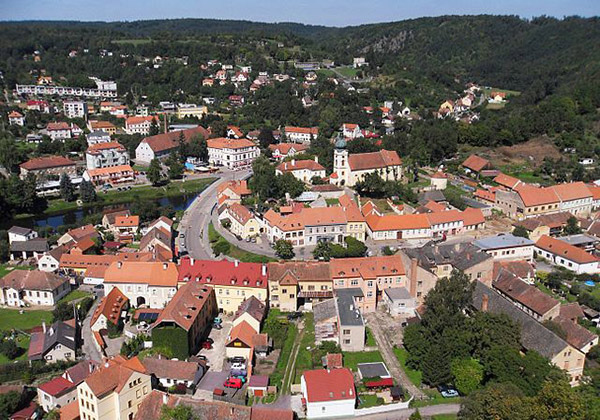